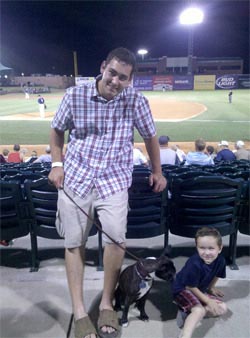 This past April I went to the Belleville Area Human Society to find a dog. I picked out a Boston terrier named “Baxter”. I was told that Baxter had been adopted before but was returned because he was aggressive with other animals and had killed a cat.

I adopted Baxter and took him home. Shortly thereafter a stray dog came into the yard and Baxter grabbed the dog by the throat and I had to pull them apart. He then had 2 other incidents with other dogs. About that time, the Humane Society called to see how Baxter and I were getting along. I told them the problem I was having and they suggested training and gave me the number of Bo Harrison.

I met with Bo and turned the dog over to him that day. Bo had the dog for 18 days. When he called to tell me that the dog was trained and ready to be reunited, I was anxious to get him back. I was amazed to see Baxter so well trained. He now knew how to sit, come, place, down, release toys, heel, etc., but the biggest surprise was seeing Baxter in the truck with Bo and another dog. Since then I have introduced Baxter to other dogs with success.

I highly recommend Bo Harrison to anyone who has a dog with behavior problems and aggression. I was impressed with Bo’s hard work and dedication. I now have a well behaved dog that is a pleasure to be around. 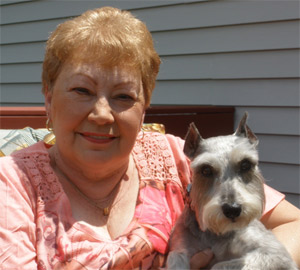 I found out about Bo Harrison through an acquaintance in September, 2011. As soon as Bo came to my house for a consultation, I had hope that he could help Sasha and he did. With Bo’s help, Sasha learned to walk on a leash, sit, stay, come when called, and many other commands. It was like a miracle – Sasha can now to do almost all the things that my Westie does. Bo is a very talented trainer and knows how to work miracles with dogs. I would highly recommend his teaching methods.

Give him a try – you won’t be disappointed. 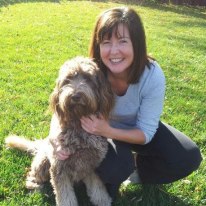 I contacted Kranky K9 because my labradoodle puppy was making me crazy with all her unbridled energy! I was nearly beside myself. My home had turned into a circus with cat chasing, running, garbage stealing and endless energy. Before the first meeting with Bo from Kranky K9 had ended, I had learned how to help Eloise calm herself down. She quickly learned that being calm and restful was more pleasant to both of us. Within the first two to three lessons she had completely stopped chasing my cat and learned shortly after that to stop stealing garbage. We can jog and walk happily together now and even though Eloise is only a little more than a year old, we frequently get compliments on how well behaved she is! Thanks Kranky K9!! 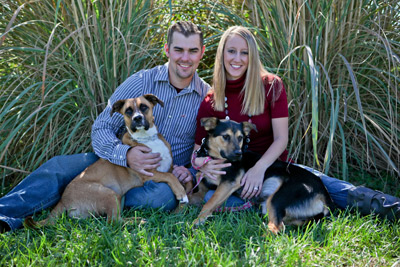 We simply cannot say enough good things about Bo and Kranky K9 Dog Training! We have a one year old Sheppard mix named Lexi and a two year old Boxer mix named Ryker. Both dogs weigh in at about 50 pounds and are full of energy. We initally called Bo because, with both of us working full time, we just didn’t have the time to dedicate to training our dogs the way we really wanted to, and he was recommended by an acquaintance who actually worked in a vet’s office. We chose to do the board and train and it was one of the best things we could’ve possibly done not only for our dogs, but ourselves as well!

Bo really connects with the dogs, and takes the time to teach you as well – believe me you need just as much training as the dog! Thanks to Bo and Kranky K9, we have two very well behaved and obedient dogs. And I found out just how crucial this training was during a recent trip to the vet – I put the dogs in the car to leave and didn’t realize until I was back in the driver’s seat that my hatch didn’t actually close. So the dogs were free to run off for a good 15 seconds…and neither one budged an inch! We were right off the highway with plenty of temptation for them to explore, but thanks to the training they just sat there because I hadn’t told them it was ok to get down! I was so amazed that I actually called Bo on the spot to thank him right then and there! I would recommend Bo and Kranky K9 to anyone! 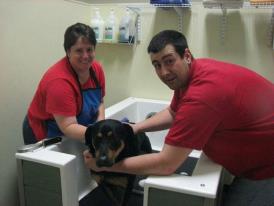 Our “pack” got more out of the in-home training sessions with Bo than we did trying to do it on our own learning from books, TV, ect…with much better results! The difference is that the in home training sessions are geared specifically to your dog(s) and situation. We learned so much and our pack is better for it. A lot of the things that you taught me I use at the shelter I volunteer at….like leashing/calm/then walking, waiting for food, etc. My first ahaa moment there was when I broke up a dog fight with my energy, so to speak and quick voice. It was amazing! 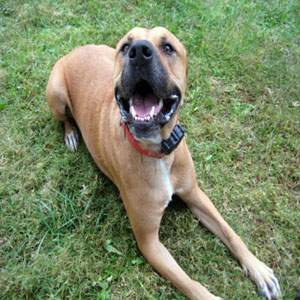 Soon after adopting our rescue dog three years ago and happily watching him settle in as a member of our family, we also discovered he was becoming very comfortable assuming the role as the family pack leader. He was aggressive and protective when strangers came to the door and also overly protective/possessive of certain family members. We have owned dogs all our lives, but never had one with these challenging behaviors. Obviously, we were concerned, and as responsible pet owners wanted to make certain we immediately addressed these undesirable issues. Oh, and for the record, our pup weighed in over 100 pounds…all muscle! Not exactly the easiest to physically control once he became agitated and aggressive!

Prior to working with Bo Harrison, we had worked with several trainers. Each of them exhibited different techniques. While they all offered some helpful insight and direction, ultimately, none of the initiatives seemed to achieve the results we were striving for. There was one common element with all of our previous training experiences and that was the focus on just our dog’s behavior…not ours. We believe that was the missing link that kept us from reaching the level of success we desired. What sets Bo apart is his focus on both man and dog. He spends as much time as is necessary observing behaviors and interactions. He asks a lot of questions and offers very results-driven suggestions. Almost all of his suggestions involve some behavior adjustments for dog and humans alike. He has shown us how to become pack leaders…not followers. Bo is fervent in his desire to turn an unfavorable situation around and has a genuine affinity for dogs. The dogs respond to him immediately. They understand his leadership but are confident of his caring and trustworthy demeanor. For many years, as dog advocates, we were under the mistaken impression that one could simply love any dog into good behavior. With Bo’s assist, we now understand not only how unrealistic that mindset is, but how unfair it would be to the dog. While our pets crave our love and attention, in reality, they deserve our direction and discipline first. As we learn more about becoming pack leaders for life, and the ongoing commitment it requires, we are very grateful we’ve had the opportunity to work with Bo and appreciate his untiring dedication. We are confident he could handle any training requirement… no matter how extreme. In fact, he seems energized by the most extreme cases!

The Robinsons and Buster
O'Fallon, MO 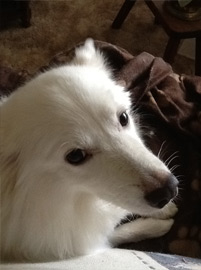 Having adopted a three year old American Eskimo dog last summer, who had fear issues, we felt it was necessary to get him into training. Bo Harrison came highly recommended to us from two different sources, the Belleville Humane Society and Camp Bow Wow in Swansea, Il. We have been working with him since. Sam has turned into a great, balanced dog and a wonderful member of our family. Bo taught us how to be the leaders of our “pack” and therefore, Sam learned how to relax since he realized he could trust us to take care of him. Bo, thank you for giving us the tools for successful pet ownership. We can’t wait to take it to the next level.

You did a GREAT job with him. He was so puppy wild when you came to pick him up I thought I was going to loose my mind. What I learned was just as important than what he learned. I learned to stay calm, give the command and not let Schatzie be the boss. I didn’t realize he was the boss. He now comes to me when I call him, sits on command, waits for his food and the BIG one is “Quiet” when the doorbell rings, vacuum runs and people come over. I am now able to travel with him, he heels in the hotels. He sits and allows people to pet him without jumping on them. He will not bark at all unless room service or housekeeping knocks on the door…when I say “quiet” he stops. It is such a pleasure to have a well behaved dog -thanks to the Great Job you did in teaching both of us!! 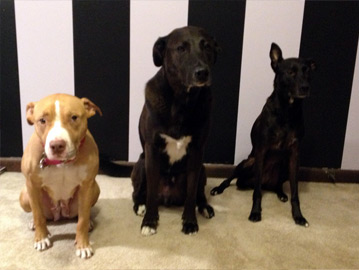 We had 2 dogs – Tiberius, a 6 year old 75 pound lab mix, and Emmy, a 4 year old 35 pound mutt – when we decided to adopt Cookie, a 2.5 year old 40 pound pit bull, from the Belleville Area Humane Society. As soon as we got Cookie home she immediately wanted to fight the other 2. After a few days BAHS recommended Bo, and I set up a consultation with him. After the initial meeting, he came to the house to see how the dogs acted. He was honest in that he wasn’t sure if he’d be able to solve the problem, but was willing to work with us since we didn’t want to give up on Cookie. We got a board and train package and individual lessons for all the dogs.

It was long process with a lot of obstacles. Cookie hurt her leg, then she was sick. She and Emmy got in 2 fights that required stitches for Emmy. Because of all the illness and injuries, it took about 3 months before all 3 dogs could get all the training they needed. Bo was wonderful through the whole process, and we’ve learned so much about how to train dogs. During Emmy’s stay at the kennel, Tiberius and Cookie became great friends.

After 3 months, we finally have all 3 dogs at home, and they are getting along very well. As I type this, Cookie and Emmy are laying together on the same dog bed sleeping. We’re so thankful for everything Bo has taught us and the dogs. Cookie must have had a hard life before we adopted her, and we did not want to give up on her, and are so happy we stuck with this through it all. I can’t say enough good things about Bo, and can’t recommend him strongly enough.

Error: An access token is required to request this resource.
Type: OAuthException
Code: 104
Please refer to our Error Message Reference.